A patient once told me, “If it was a choice between cancer and this, I would take cancer.”

What is this condition that could be perceived as being worse than cancer? My patient was referring to akathisia, a medication-induced movement disorder characterized by restlessness, fidgeting, rocking, pacing, and the inability to sit or stand still. Akathisia occurs when certain medications, specifically antipsychotics, are started, stopped, increased, or decreased in dosage.

For patients who experience this condition, “restlessness” and “fidgeting” are putting it mildly, as akathisia is often described as one of the most terrifying experiences of a person’s life. “I wanted to constantly jump out of my skin” and “I can’t stop moving” are common phrases heard among sufferers. Others have described it as “pure torture.”

That tortured feeling is due in part to less noticeable characteristics of the condition, referred to as “inner akathisia,” which have little to do with movement. Sufferers of inner akathisia experience an abstract feeling of terror that can be hard to describe or define. They may experience feelings of unreality, anxiety, agitation, and even self-harming, violent, or homicidal behavior.

Correctional health professionals need to understand just how severe the condition can be, since many incarcerated individuals with mental illness are prescribed the antipsychotic medications, also known as neuroleptics, most commonly associated with akathisia. Neuroleptic medications are prescribed to treat and manage symptoms of many psychiatric disorders, including schizophrenia, depression, anxiety, and bipolar disorder.

Recent data also links akathisia to other medications, including SSRIs and MAOIs used to treat depression, fluoroquinolone antibiotics such as ciprofloxacin (Cipro), steroids, calcium channel blockers, and some illicit drugs (specifically amphetamine and cocaine). Additionally, case reports suggest that akathisia can be seen in individuals who are trying to stop, or have developed tolerance to, benzodiazepines.

There is no clear evidence on the incidence rates of akathisia; studies on the data are mixed. According to a 2001 study, an estimated 20-45% of individuals taking antipsychotics will experience some form of akathisia. A 2017 study reported incidence rates for individuals with bipolar disorder taking antidepressants of somewhere between 10 and 18%.

Aka-What? The Need for Education
With rates that high, one would think that most medical and mental health professionals would recognize the condition. Sadly, that’s not the case. While many psychiatrists are trained to recognize the disorder, many medical and mental health professionals are unaware of it or have only read about it in a textbook. Even the DSM-5, the Diagnostic and Statistical Manual of Mental Disorders published by the American Psychiatric Association, merely touches on the condition.

As a result, akathisia often goes undiagnosed or misdiagnosed as a psychiatric problem. Patients who do not present with the classic motor symptoms and experience only the subjective feelings of terror or agitation are often misdiagnosed as having anxiety. Sufferers themselves are sometimes unable to differentiate between anxiety and the agitation associated with akathisia. A misdiagnosis can lead to prescribing more medications that can further exacerbate the problem.

Akathisia awareness is especially important for correctional health professionals and custody staff because many individuals with the disorder are susceptible to suicide. They may look to suicide not because they want to kill themselves but as a way of ending the torture and pain of this traumatizing condition. Case reports suggest that people with akathisia can become suicidal after being given neuroleptics without any previous suicide history.

Diagnosis and Treatment
In addition to the restlessness, fidgeting, rocking, pacing, and inability to sit or stand still most closely associated with akathisia, staff also should be on the lookout for some of the less common features, since not everyone experiences the motor symptoms. Other signs include: general feelings of terror; depersonalization (feelings of detachment or being an outside observer or watching yourself); derealization (feelings of unreality or detachment  from surroundings); agitation and/or subjective feelings of agitation; and sleep disruptions.

Patients who are not medication-compliant often cite side effects as the number-one reason for not staying on a medication. Noncompliant patients should be thoroughly assessed and asked about side effects to determine if akathisia is a potential cause.

Treatment options for akathisia are limited. Discontinuing the offending medication is generally considered the first treatment option, but it must be done slowly, often at a snail’s pace, to prevent further exacerbation of symptoms. Even after the offending medication is removed, symptoms can linger for months or years, although most cases do subside with time and treatment.

If eliminating or reducing the offending medication proves to be too difficult or ineffective, other medications can be tried, among them benzodiazepines, anticholinergics, clonidine, propranolol, mirtazapine, and antiparkinsonian agents. Most studies suggest that medication management for akathisia is still not completely effective and can vary greatly from patient to patient.

Ideally, patients should be referred to a neurologist who specializes in movement disorders and psychiatry. Finding someone with that specialty can be very difficult in a correctional environment, making it all the more important for psychiatrists and other providers to be able to recognize the condition and put a proper treatment protocol in place.

Prevention is always the best option, as there is no way of knowing who will experience akathisia and to what degree. Patients who do not regularly take medication need to be informed of the risk – and all potential side effects – in advance. Education may even help prevent med-seeking behavior as the potential cost of taking meds is weighed against the benefits.

Fortunately, educating staff about akathisia can be simple and need not cost a dime. A quick search on YouTube will give hundreds of results. Nonprofit organizations such as MISSD, the Akathisia Alliance, and the Benzodiazepine Information Coalition all offer informational videos, first-hand accounts, and information from those who have experienced the condition.

We know more about what is happening millions of miles away in the vastness of the universe than we do about the organ that sits right inside our heads. Antipsychotics, which are prescribed on a daily basis, are powerful medications that need to be treated with caution and respect. Education, awareness, and proper recognition of the symptoms has never been more important.

Lenny Gallo, LCSW, is a mental health and substance abuse counselor at the Bergen County Jail in Hackensack, NJ, and also a private clinician. 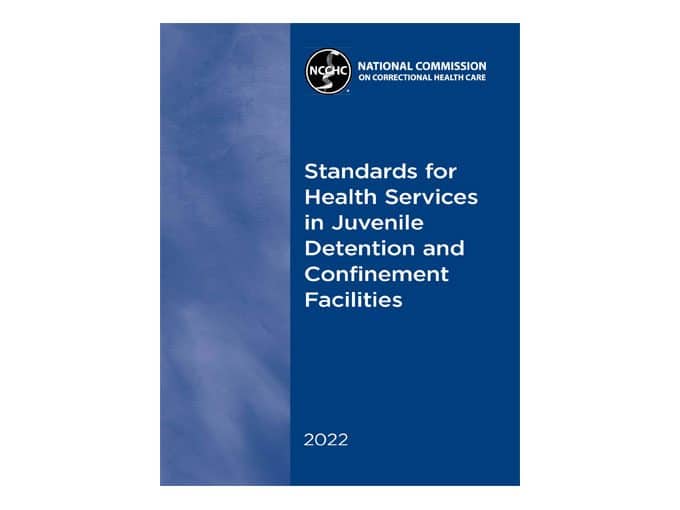